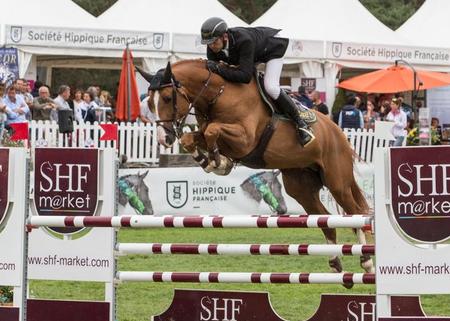 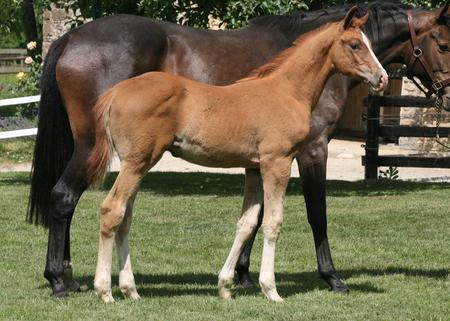 BALOUBAR MAIL: THE GEM BEHIND THE TRAGIC STORY.

" Since the Baloubet du Rouet semen is fragile, I decided to work with a young mare by the name of Tosca Mail (Alligator Fontaine x Narcos II), a niece of the top performers Jaguar Mail and Katchina Mail.
This beautiful 3yo bay mare quickly got in foal. A beautiful chestnut colt was born from this alliance. He had the energy of his father and the look, the beautiful head, of his dam. Born in 2011, I called him BALOUBAR.

He was showed a first time at auction at Haras de Brullemail in 2011 but he did not reach the reserve price.
I therefore decided to raise him until he was 3 and went to the “Big Apple Brullemail” auction in Deauville (Editor's Note: a city in Normandy, France). He hit the top price and was sold for 150.000 Euros, (Editor's Note: more than $190.000).
Unfortunately, turned out in a paddock the day after the auction, he got injured and the sale… canceled.

- At 4yo, he was given to FX Boudant to develop this young horse on the SHF circuit (Editor's Note: French 4yo championship circuit). He did 8 clean rounds out of 10 and placed 4th at the finale in Fontainbleau. He is ranked ELITE, he is 8th of his generation by earned money.
- At 5yo, Baloubar does 17 clean rounds out of 20, including a 3 clean rounds at the 5yo finale. He ranks ELITE, he finished 5th of the French Championship and is #1 by earned money. He has an ISO (Jumping Index) of 135 (Editor's Note: only 2% of Selle Francais horses reach 140 and above).

Unfortunately, bad luck strikes again: at 6 yo, his rider being away at a show, Baloubar hurts himself while hacking and breaks his pisiform bone. Wrong call from the veterinarian who wants to operate and put a plate instead of a simple cast. From a clean break, the bone breaks up in pieces under the pressure of the screws.

Baloubar was expected to have a brilliant career but he won’t be able to compete anymore as bending the knee became an issue.

After 7 months of stall rest at Haras de Brullemail, Baloubar can go to physical therapy and will spend a year at David and Agathe Rossi’s, two very good orthopedic farriers, and their rider Valery Breant.
If Baloubar is perfectly sound, he cannot jump in competition because of his “inflexible” knee.

Fortunately, Baloubar is a Selle Francais approved stallion so a second career is possible.
He was approved at 4 and started breeding at the age of 5. Five years later, he has bred 163 mares, an average of 32 per year. It is not huge but it is still the double if compared to what his congener do on average

His first generation of offspring is going to be 4 in 2021. We love the foals we free jumped at Brullemail. They are beautiful with a pretty head (which is a plus when one considers Baloubet’s). They have influx, reflexes and are very powerful.
Baloubar is SFO (Editor's Note: Selle francais Originel) and can be matched with SFO mares.
2021 is a pivotal year for BALOUBAR as the first crop is going to start competing. We are very confident with the outcome and breeders who will trust the stallion will be very satisfied with the end result." 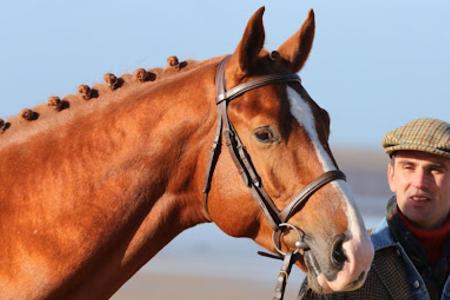 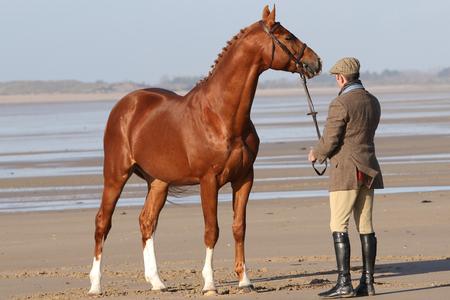 Baloubar is one of the few rare stallions son of the crack Baloubet du Rouet. Baloubar is a beautiful horse, in the blood, with a beautiful neck and good back. He is a scopey jumper with huge potential, good balance and excellent reflexes. He has a good temperament

Thanks to his very good conformation and his genetics, Baloubar is easy to breed and crosses well with all types of mares.

His first foals born in 2017 are beautiful, and are great movers (balanced canter and bouncy trot). In 2017 he produced 2 champions (male and female) at the regional competition foals in Le Pin (Normandy) and a female ranked 4th in the Foals French Championship. His first offspring already tested over fences, jump with strength and suppleness.​ 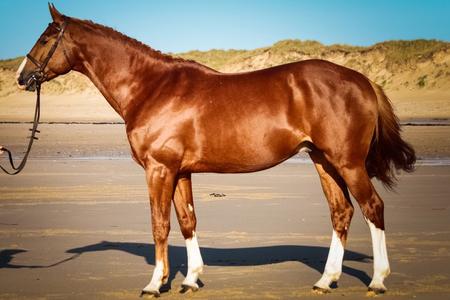 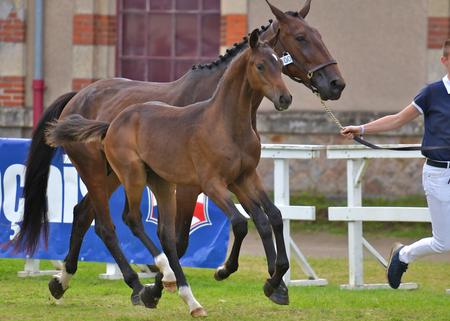 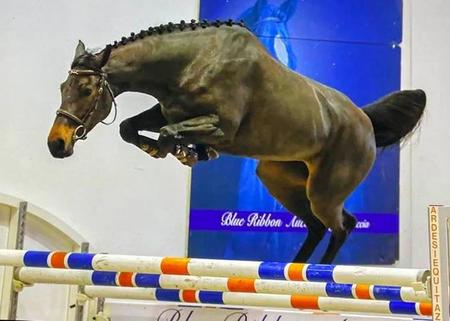 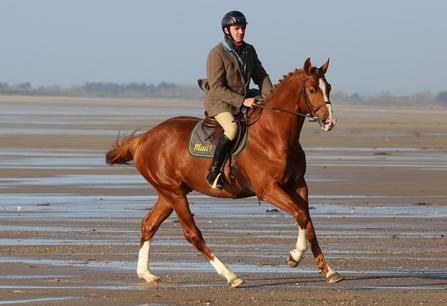 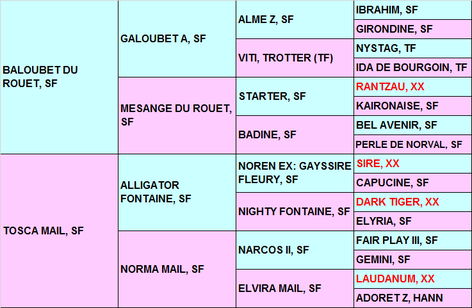 Baloubar Mail is one of the rare approved sons of the legendary Baloubet du Rouet.

Sold for almost $200.000 at 3yo, he unfortunately injured himself and had to be retired from competition after a short but very successful career where he obtained the very sought after “Elite” rank.

Baloubar is a majestic and refined horse with a very correct conformation. He has a lot of scope, a lot of balance and excellent reflexes. He has a very good temperament that he inherited from his maternal grand father Alligator Fontaine (who has a Jumping Index of 190, one of the highest ever attributed to a horse). It’s a big plus when dealing with the Baloubet genetics! 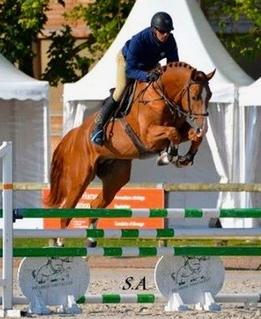 Baloubar' sire is by the abslolute legend Baloubet du Rouet (represented by New Normandy Farm), I won't bother the reader by repeating what we all already know about this uncanny stallion.

Baloubar also comes from a very proven dam line that produces champions at every generation:

- The first dam is Tosca Mail. She only had Baloubar who was very successful (ranked Elite) before his accident.

- The second dam is Norma Mail. 40% of her production jumps 1.40m and above. She has also produced two approved stallions: One Oldenburg and one Selle Francais.