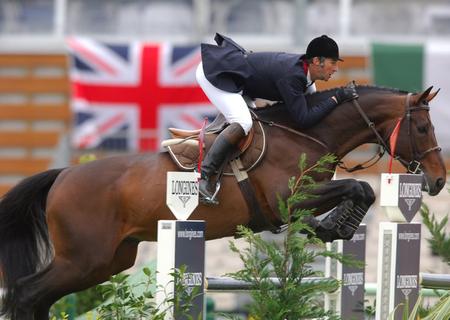 Jaguar Mail’s first foals were born in 2003 and had immediate success when two of his fillies finished 4th and 5th at the French Foal Championships that year. That first foal crop continued to impress as they developed and the Reserve champion at the National 3 year old Stallion Show in 2006 was the Jaguar Mail son Play Again d’Orchival. Play Again brilliantly won the two free jumping tests with a score of 8.7 out of a possible 10 and was 2nd for the gaits test with a 7.8 out of 10 points. In 2010, Jaguar Mail had 11 horses qualified for the 4, 5, 6 year old French Championships at Fontainebleau. Jaguar Mail was the only stallion to have two offspring competing in the 2013 World Young Eventing Horse Championships. Of these two offspring, Tenareze was the commanding winner of the 6-Year Old Championship, finishing on his dressage score. Just as his father before him, Jaguar produces excellent horses in multiple disciplines.


Crossing Advice
As a sport horse, Jaguar Mail was mainly characterized by his scope and rideability.
This talented stallion offers a lot of blood and size. He has a super character, an excellent mouth, good balance, a clever sharp eye, very good body tissue and all his three gaits show good quality. His canter stands out with its suppleness, balance, and adjustability. He has quick reflexes, good strength in his back, and a strong technique behind. Jaguar offers a super character that is generous and respectful.
He has proved his good character at the highest level as he won the Young Riders Championship of France in 2010, at age 15, with Margaux Rocuet, just a few weeks after the breeding season .

Jaguar being a big bodies and tall horse will best suits fairly compact, midsize to small mares. He passes on his wonderful attitude and produces good looking, supple and balanced foals.
His rider Peter Eriksson said that Jaguar was "always in the best of moods and always ready to go to work in and out of the stables".

In France Jaguar is bred to mares of all breeds but mostly Selle Francais and Anglo Arabian ones. In Great Britain, Ireland, New Zealand or the USA, Jaguar has been in high demand for eventing mares as he has all of the qualities necessary for producing good top level eventers. 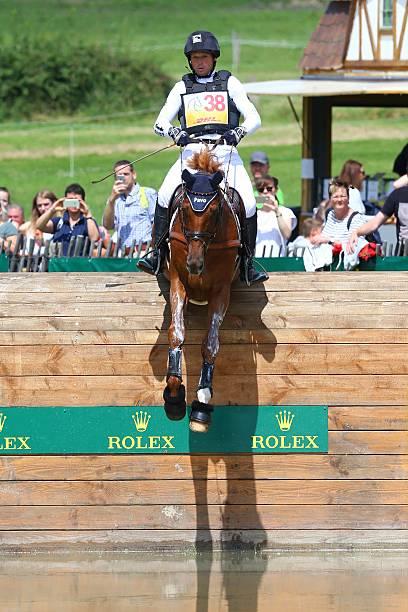 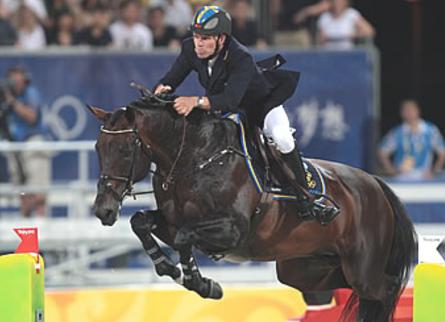 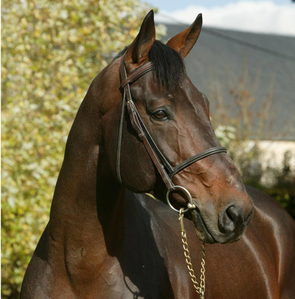 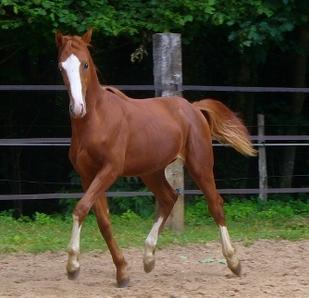 ​Jaguar Mail’s international career has been exceptional.  Under Patrice Deleveau he had placings at both the French Championships and the World Breeding Championships for young horses.  At 7 years old, Jaguar began competing at Grand Prix, and by the following year was already on the WBFSH rankings.
In 2007 Jaguar Mail moved to Sweden and began his partnership with Peter Eriksson.  After just two months together, the pair placed second at the Swedish Championships and later that year won the “Sires of the World” competition in Belgium.  The following year Jaguar Mail and Peter were important members of the Swedish National Team with placings in Gothenburg, Rotterdam, and Falsterbo.  At the 2008 Olympic Games in Hong Kong, the Swedish Team placed 5th overall and Jaguar Mail was 33rd in the Individual Final. In 2010 Jaguar Mail was paired with the young rider Margaux Rocuet. Together they won the French Young Rider Championships in July, placed 8th in the Ladies Championships in September, and won several Grand Prix. 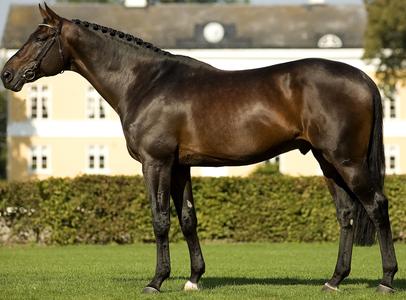 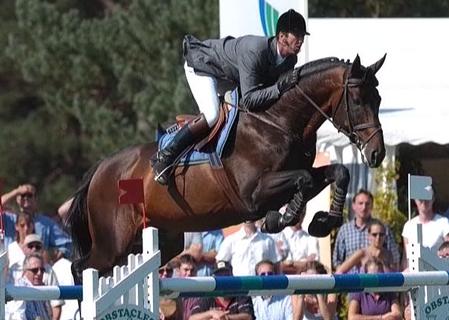 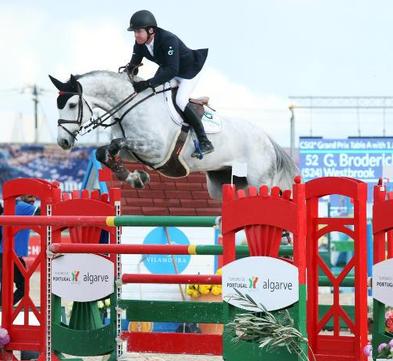 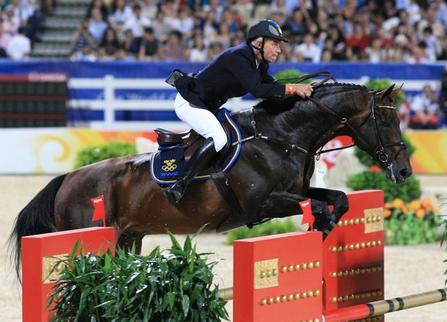 Jaguar Mail is a large stallion with almost entirely Thoroughbred bloodlines in his pedigree.

Jaguar Mail’s sire is the magnificent Thoroughbred Hand In Glove who had an exceptional, multi-discipline sport career. Only lightly raced, Hand In Glove was developed as a dressage horse up to the Prix St. Georges level and as a show jumper, competed at the Grand Prix level. Hand in Glove was accepted by 15 different studbooks and has produced international winners for both show jumping and eventing including Famoso Mail, Frisco Mail, Free Style, and Ikat Mail. Grandsire Best Turn was stationed at the legendary Calumet Farm. He won 15 of his 28 races and sired 24 Stakes winners. He was also a very successful sport horse sire, with his progeny including the International show jumper MVP and the FEI dressage horse Shinning Moment.
Hand in Glove’s dam, Miss Betty is a daughter of the American crack Buckpasser, a horse known for his nice character. Miss Betty produced 4 classic winners (flat racing Gr. I & II). She is the 3/4 sister to Settlement Day, sire of the thoroughbred French Buffet (CSI, Champion of Chili).
Hand in Glove’s second dam is a daughter of Double Jay, grand sire to the grey Olympic champion Gem Twist. 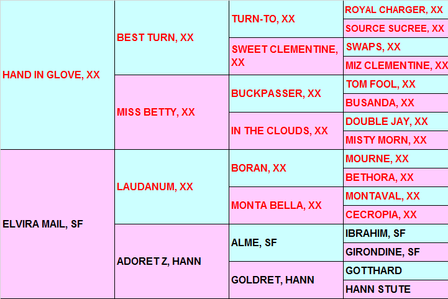