The first North American Ulmar Mail offspring were born in 2017. There is a limited supply of semen for North America, only available from New Normandy Farm.
One of his foals in UK has been granted the Premium status by the Oldenburg stud-book.

Ulmar is a very handsome and athletic stallion. He passes on all his qualities to his progeny. He improves the model, the style over fences and gaits.

Since its first public performance at the SF stallion championship in 2011, Ulmar has appealed both the judges and the breeders.
He grew up harmoniously. He has a lovely head, a nice top-line with good coupling, good shoulder-hip angles and four strong beautiful legs.
He has a floating trot and a balanced canter. Over fences, Ulmar exhibits an excellent knee jumping technique. He is fast to take off with strength and scope.

He brings together many qualities that are asked of a stallion and a good sport horse.

Ulmar is easy to breed because of his size, nice conformation, the blood and strength he brings.

He has a very good mind and a calm demeanor. He is a good fit for strong headed mares. 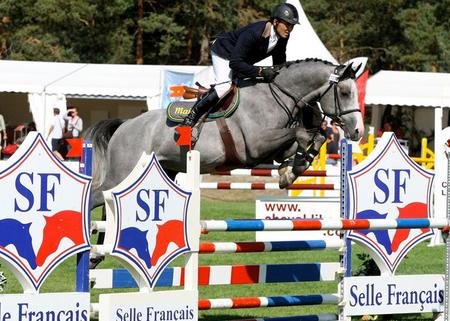 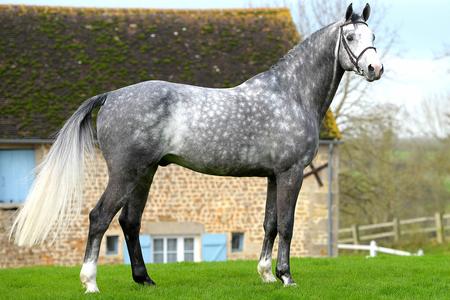 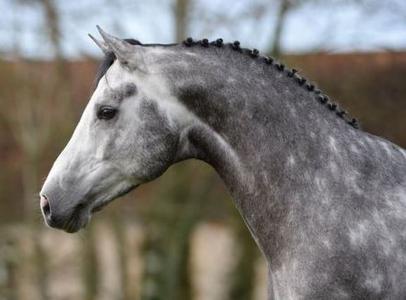 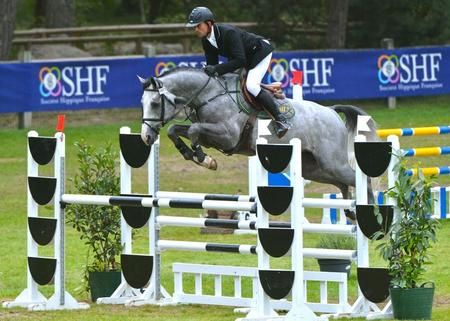 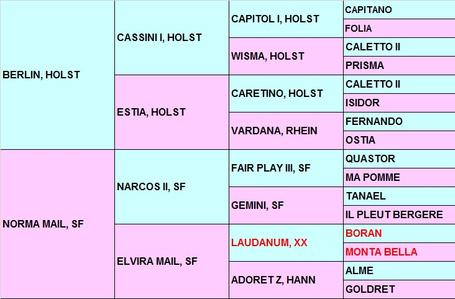 Ulmar Mail has an exceptional pedigree.
His sire the Holsteiner grey stallion Eurocommerce Berlin (Cassini I x Caretino) performed at the highest level. Under the saddle of Gerco Schroeder, he was Champion of Holland, team Gold Medalist at and 6th Individual at the 2006 World Equestrian Games (Aachen), Team Gold Medalist at the 2007 European Championship (Mannheim.
Berlin’s dam was a good CSO winner under the name Cathleen X with Marc Wirths. His second dam, Vardana also produced Animus, CSI winner.

His Dam, Norma Mail, is a daughter of Narcos II, the leading Selle Francais stallion of the 80s and 90s. Narcos has sired many stallions and CSI winners in France and abroad and is one of the best sires of dams in France. Norma Mail also produced Radja Mail and Tosca Mail, both CSI winners.

Ulmar’s 2nd dam is the famous Elvira Mail (Laudanum ps x Adoret Z x Almé), dam of international winners Jaguar Mail (1st La Baule GP in 2005 and 2006, won the Sires of the World in Lanaken in 2007, competed in the Beijing Olympics) and Katchina Mail (Silver medalist at the 2010 WEG in Lexington, KY).