Baloubet du Rouet’s dam, Mesange du Rouet, won 8 of 13 competitions at age four, and 5 wins out of 12 at age five, before becoming a broodmare and producing 5 foals.  Mesange du Rouet was also the dam of the impressive Unadore de Rouet (sired by J’T’Adore), who attained a jumping index of 171, and went on to compete under Jean-Marc Nicolas and Olivier Guillon.  Her sire, Starter, is a noted sire of broodmares. Grand dam, Badine, also produced Globule, dam of Nemo de la Fosse and Urcos du Rouet.

Baloubet transmits to his offspring his balance, suppleness, jumping skills and speed.  While competing he was able to efficiently use his powerful engine, big canter and strong hindquarters to compensate for a somewhat flatter back. His offspring  are smarter than average and very respectful over the fences. They need to be challenged to stay interested in their work.  He will suit mares built uphill with a compact to standard frame, a shorter back, longer neck and a sweet/kind temperament.

Baloubet du Rouet is one of the most famous show jumpers of all time. Baloubet is a classic French type, athletic, reactive, fast, respectful, powerful, flexible and impressively was still competing at the highest level at the age of 18. Born in 1989, Baloubet du Rouet was quite successful at a young age, when ridden by Nelson Pessoa on the French circuit, including winning the 7 year old stallion test at Fontainebleau. Baloubet du Rouet won many of the greatest international show jumping competitions.  He is the only horse ever to win three World Cup finals in a row: Helsinki 1998, Gothenberg 1999 and Las Vegas 2000.  In the World Cup final held at Gothenberg 2001, he was runner-up, having tied for first place after three days jumping with Tinka’s Boy,  losing by just 4 faults in the jump off.  No horse has achieved such a record in the World Cup series, 3 wins and two seconds in 5 consecutive years.

He won team bronze medal at the 2001 Sydney Olympics and many Grand Prix and Nations Cups.  In 2003 Baloubet won Grand Prix at Balve and S-Hertogenbosh.  He was also successful in 1.50m and 1.55m classes at Verona, Bremen and Calgary. In 2004 Baloubet had another extremely successful year, winning Grand Prix’s at Bordeaux, Geneva and Paris Bercy. He also had another 12 top 3 placings on the international circuit, won Individual Gold medal at the 2004 Olympics in Athens and in 2004 he was elected Best Horse in the World. His sire, Galoubet A, was also an impressive show jumper.  Ridden by the French rider Gilles-Bertran de Ballanda, he won 19 International Grand Prix’s and was on the French Gold Medal winning team at the 1982 Show Jumping World Championships in Dublin, Ireland. 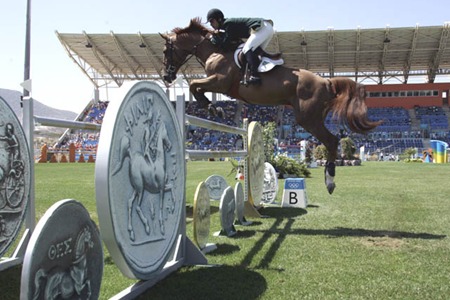 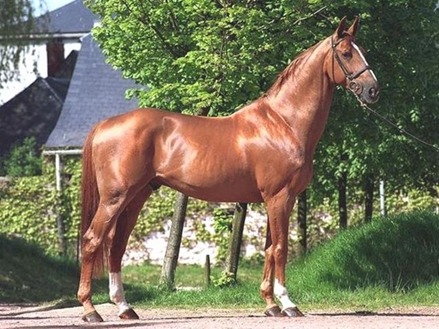 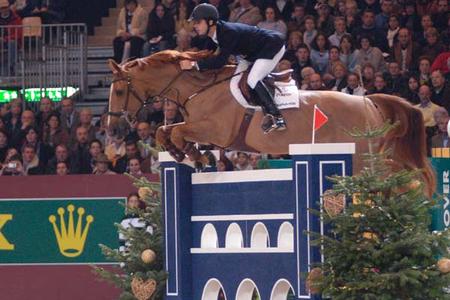 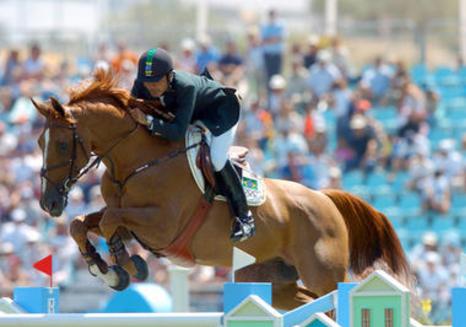 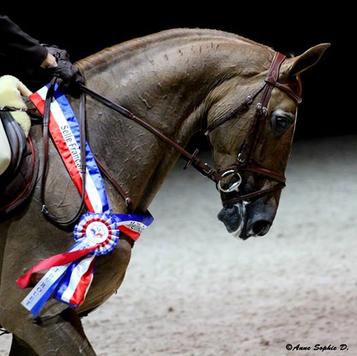 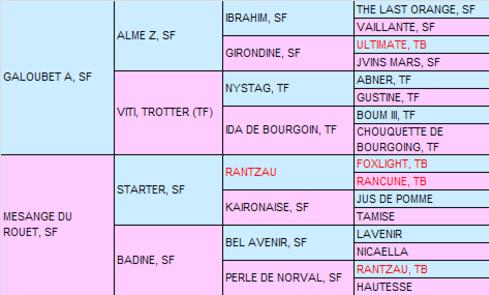