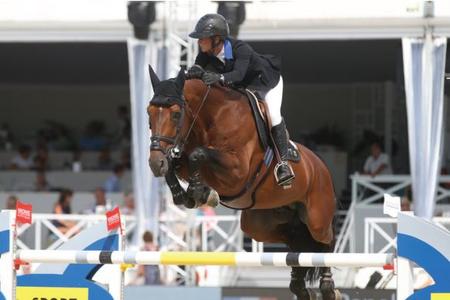 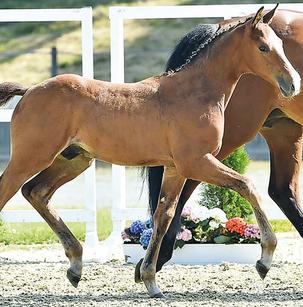 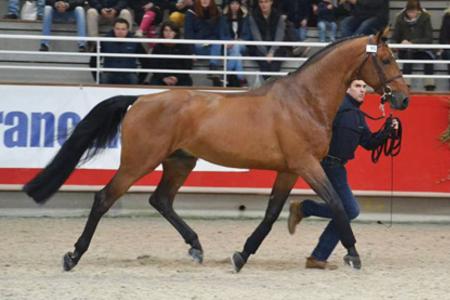 - Vagabond began his international career under the saddle of Pénélope Leprévost. 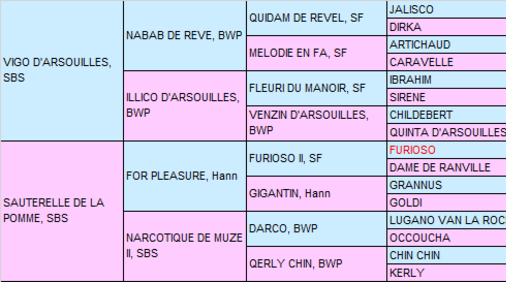 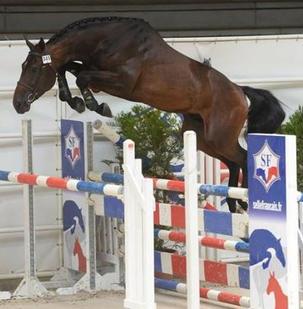 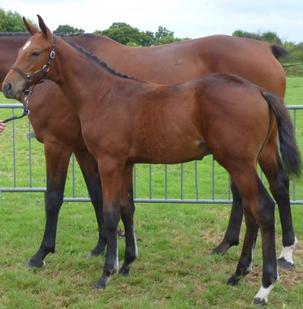 Vagabond’s pedigree is a concentrate of the best European bloodlines: Nabab de Reve, Quidam de Revel, Ibrahim on the top as well as For Pleasure, Darco, Chin Chin on the dam line

His sire is the 2010 World Champion Vigo d'Arsouilles and his dam is Sauterelle de la Pomme, a very good international performer with Patrice Delaveau and Philippe Le Jeune.

His dam lime is exceptional. His 2nd dam, Narcotique de Muze II , was an excellent international winner with Canadian rider Eric Lamaze and has produced many CSI/CSIO/CSIW performers and his 3rd dam, Qerly Chin, is widely-recognized as perhaps the best mare in all of Belgium.

Vagabond de la Pomme started his international career in 2013 under Pénélope Leprevost' saddle and his show results have been consistently improving since, ranking 118th  best international performer in 2017 from 342nd in 2014 (WBFSH).

His offspring have been showing talents since the first generation. For instance, Jackson de Regor won the 2014 BWP stallion test, Durban de Cornemont and Jenson Van't Meulenhof are approved in the SBS studbook. A 2009 daughter, Jelena, was sold for EUR105,000 at Woodland's International sales in 2014. In France, Captain Rumel was 4th of the 3YO Selle Francais stallion licensing championship in 2015…
Vagabond's offspring are regularly seen competing in National Championships and in the World showjumping championship in Lanaken. 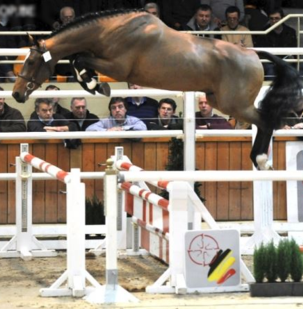 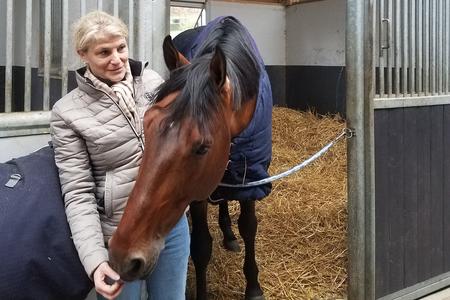 Vagabond de la Pomme started his breeding career in 2009 and has been bred to more than a thousand French mares.

This stallion is a big strided horse, with a good canter and very good jumping technique. His strength and suppleness are big advantages in speed classes, where he excels. He has a good mind, is very rideable and easy to understand.
He passes on strenght, respect and amplitude

Standing a notch below 17hh (1.72m), Vagabond fits a great range of mares.

- Winner the final leg of this final after placing 6th in the Speed class.

- 2nd Best of Champions Class at the CSIO Aix-la-Chapelle 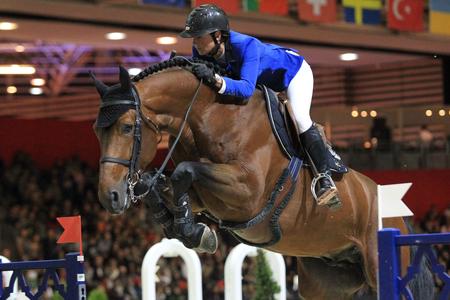