After a first CSI at Lier (3 clears), Ulyss and Rik began the year with a roll of drums at the CSI in Royan. They won the 1,45 m Ranking. Then COVID stopped all competitions and Ulyss didn’t resume competing until July. He was placed 4th in the 1m45 Grand Prix at Lier Azelhof (BE) then placed twice, first at Bonheiden over the 1m45 and then again at Lier. In the Belgian championships he was equal first in the second round over 1m50. He followed that in September at Jardy with a nice 3rd place in the Grand Prix, and also had some other good placings. He finished the season at Oliva Nova (Mediterranean Equestrian Tour in Spain) where despite the unusual weather, he pulled off a superb clear round during a real tropical storm.

Ulyss finishes 4th in the 1m50 Grand Prix in Bonheiden in April, then came 3rd in the qualifying round of the 1m50 class at Maubeuge in May. Then he performed beautifully in the 1m55 Grand Prix at the International Bourg en Bresse Show, but had a regrettable 4 faults. He made up for this by flying over and winning the 1m60 HARTHILL Grand Prix at Bolesworth in England on June 16, 2019, held over two rounds. Then he won a 1m45 class at the 3* CSI in Knokke (Belgium) and was placed 8th in the 1m55 class. This was the year he tackled his first 1m60 Grand Prix classes in 5* competitions.

He started the year, from his second competition by being placed 2nd in the 3* BONHEIDEN Grand Prix. Ulyss went clear in the jump-off and finished 0.89 seconds behind Daniel Deusser. He finished 7th in a 1m50 class at the 4* CSI in Bourg en Bresse. Then in June, he won the 1st round qualifier for the Grand Prix at the 4* CSI in Gross Viegeln, Germany. Placed in two competitions at the 3* in Knokke, he went on to produce his first placing in a 1m60 Grand Prix in the 4* CSI at Samorin. He was placed in the 5* CSIO at Gijon (Spain) where he was participating in his first Nations Cup. ISO 160. He went well in both heats of 1m60, and proved to Peter Weinberg (the chef d’equipe for the Belgian team who was there at Gijon) that he deserved to have been selected.

He places many times in  CSI at 1m40 level: winner in the 3* CSI in Bonheiden, 3rd in the 2* CSI during the Longines Masters of Paris, 4th and 7th in the 2* CSI in Kronenberg…

Ulyss joined the stables of the Belgian international rider Rik Hemeryck in January and competed in the 7yo shows where he was “clear” most of the time. He won the Masters Young SF Stallions for 7 year olds in Saint-Lô
Approved as a Selle Français stallion in September 2015. he obtained 16/20 during the conformation and paces presentation, 9/10 for style and 8.5 / 10 for willingness, intelligence over poles and his bloodline. He was classified ‘Very Promising’ in the Guide to young Selle Français stallions 2016.

At 6 year old: winner of the French Hunter Championship in Fontainebleau with a mark of 19 out of 20 for his final course, and was ranked ‘Elite’. 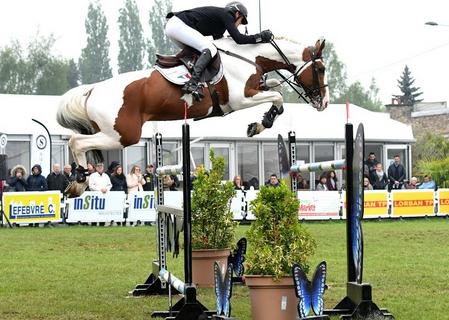 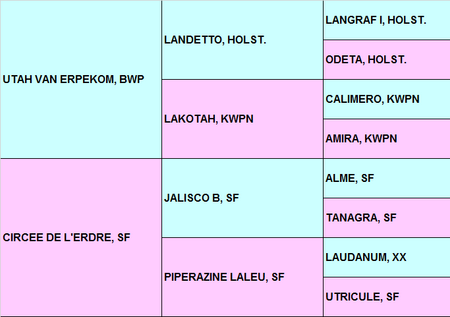 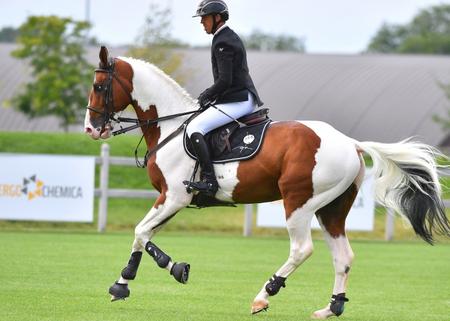 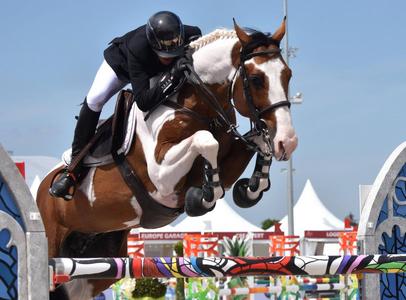 Ulysse Morinda is one of the only colored stallions competing at 1.60, he entered this small elite circle on the 16th of June 2019 when he won the Boleworth GP in England. It was the biggest and most important victory of his career.

Here is what was written in Grand Prix, one of the numerous magazines which covered the event:
"With great style, Rik Hemeryck beat a whole host of British riders on their home ground in the 4* Grand Prix at Bolesworth! Riding Ulyss Morinda, an eleven year old Selle Francais stallion, the Belgian rider executed a perfect jump off in a time of 38.33 seconds. Three tenths of a second slower was the American Laura Kraut who came second with Vvaramog de Breve, followed by the British Ellen Whitaker, also double clear in 39.31 seconds."​ 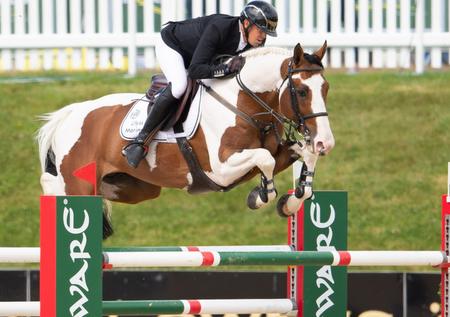