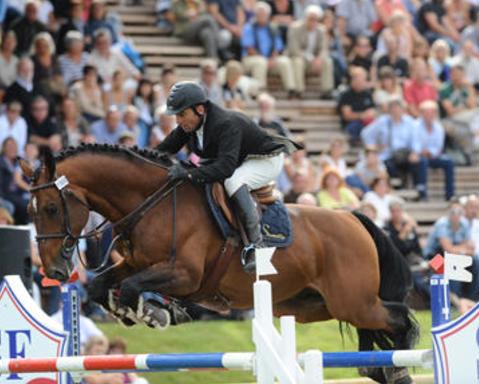 
Rock’N Roll’s model is harmonious and solid.
He is 16.3hh and has a strong top-line, strong hocks and knees. His head and eyes are very expressive.

Rock’N Roll is easy to breed. He fits a large sample of mares, but will do very well with lighter built ones. Rock’N Roll will enhance mares with longer back and/or weaker hindquarters. He will go well with mares with expressive head. He will bring his higher neck and self-carriage, his well-balanced haunches and elastic gaits.
While Rock’N Roll is a handsome horse, his first crops show that he produces even nicer looking foals than himself.

Rock’n Roll Semilly exhibits an excellent fertility rate.  In 2012, the first Rock’N Roll’s foals were very well remarked in the 2 YO stallions breeding shows: Amarock de l’O won in Saint-Lô.   Avatar Blue was 9th among 30 in Saint-Lô. Alpacino Lady was 2nd in St Etienne de Tulmont. In 2013, the quality of Rock’n Roll Semilly’s offspring was again noticed in the 2 and 3 YO stallion breeding shows, even in Belgium where Bo des Gars finished 6th of the 2YO Championships. At the 2013 NASH sporthorse auction sales, two of his 3 YO offspring were the Top Prices: Aribo d’Avel EUR 33,000 and Ardent de l’Airou EUR 27,000.

He is showings lots of strength and energy, exhibits excellent jumping skills and has a very good temperament that he passes on to his offspring. He was approved as SF stallion at 3 YO in 2008 and was labeled “very promising” by the Selle Francais studbook. Judges loved his model and attitude on the flat and over fences. 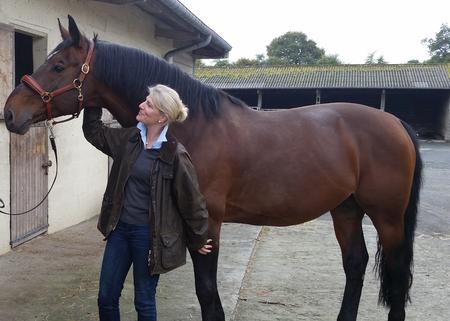 ​- Winner of the 4 YO French National young male championship out of 200 contenders. Ranked “Elite”. He served 330 mares this year. 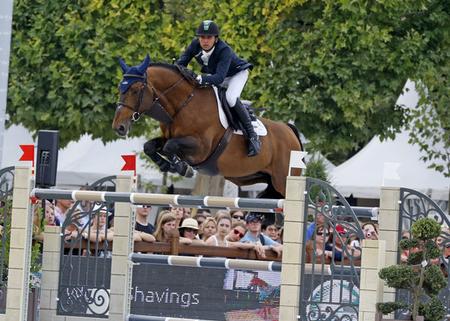 2016 2nd best Sire of Selle Francais young horses with only 4 generations at work.