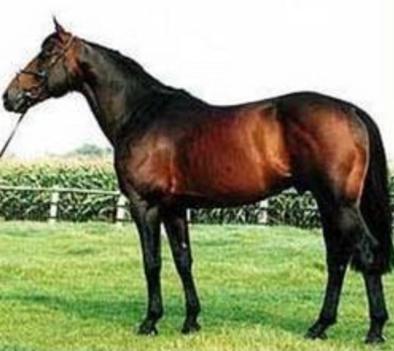 Quick Star was the horse who brought Meredith Michaels-Beerbaum into the Grand Prix league.

In 1992, they finished first in the Grand Prix of Maastricht and second in the Volvo World Cup in Oslo.

In 1993, they won the Grand Prix of Mannheim and were second in Arnhem. 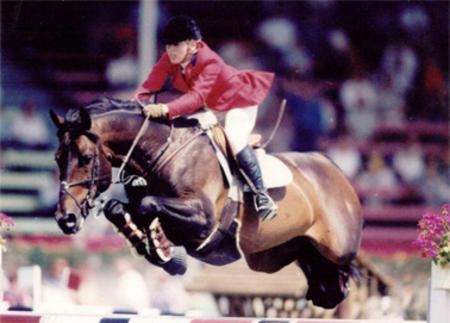 According to hid last owner, French film distributor Alain Katz: “Quick Star has inherited the best of both his sire and dam lines. From Galoubet, his force, his energy and his courage; from Stella, her elegance, her intelligence and her technique.”  His sire, Galoubet A, was an impressive show jumper.

Ridden by the French rider Gilles-Bertran de Ballanda, he won 19 International Grand Prix's and was on the French Gold Medal winning team at the 1982 Show Jumping World Championships in Dublin, Ireland.

His dam, Stella, by Anglo-Arab stallion Nithard, started her jumping career with Philippe Jouy before Nelson Pessoa took over the ride. She won 32 Grand Prix. She was sold to John Lennon in California at the end of her sport career. She was sent to Jaliso and produced Olisco (World Cup finalist with Michael Matz).

She subsequently produced Phalor and Belgian Stallion Megag. She was then bred to Galoubet and produced Quick Star. 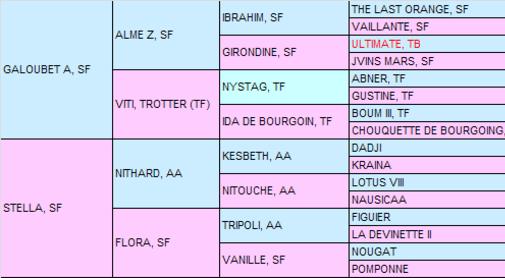 Despite his small size, Quick Star exhibits a classic type. He suits well mare with enough frame that are lacking blood and strength. Hence, his good results with Dutch, Belgian and German mares.

Quick Star produces mostly bay colored horses with spirit but easy character. He does not mark his offspring with a specific conformation type; however most of them share the following traits: they are quick, talented, with short backs and powerful hind quarters.

Quick Star was one of the most influential sires, with two sons in the final individual top ten: Nick Skelton’s Big Star (out of a Nimmerdor / Ramiro mare) who lead the British team to gold, and Ian Millar’s Star Power (out of a Calvados / Le Mexico mare). 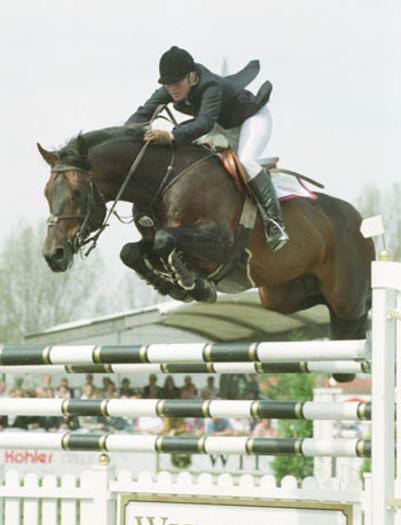 NOT AVAILABLE OUTSIDE OF NORTH AMERICA