Flipper’s has proven himself as a great sire that passes on his brave minds as well as his extraordinary jumping ability and style. Each year, he has a significant number of offspring that qualify for their respective showjumping age class finals in Fontainebleau. A growing numbers of youngsters make it to the hunter finals each year.
He has a huge popularity outside of France.
Despite his small size, Flipper produces offspring with enough frame. His main strengths are: respect, courage, scope and genetics.
He adds catlike agility, very good character and loads of talent.
Flipper suits larger mares. He has great results with Dutch, Belgian and German mares that need refinement. He is therefore a sought after stallion in the Netherlands, Belgium and Germany.
Flipper d’Elle can be crossed like a thoroughbred.
Most of his products are medium-sized, athletic and very pretty types (right balance of weight, bone, not too light, not too heavy).
Flipper passes on his great action over the fences. He produces amateur oriented, easy and smart horses.
His foals have been commercially very successful these last few years, as the market is looking for horses with more blood.

“… Flipper d'Elle defines the expression “heart of a lion”. Take a look at a video and be amazed at what this little stallion is capable of. He has the most remarkable jump.”

The semen we carry has been collected and frozen for New Normandy  Farm early January 2016.

Pavlova herself was a great showjumping mare. She was a finalist at the French Young Jumper Championship in Fontainebleau as a 4YO and 6 YO. She produced 9 offspring of which Double d’Elle (full brother of Flipper), Esperance d’Elle who produced the upcoming stallion Urano de Cartigny (Diamant de Semilly) and Hadji d’Elle (CSI winner) are the most renowned.

Flipper d’Elle breeds to the great Ibrahim on both Sire and Dam lines.

His sire, Double Espoir was a legend in Europe. He sired International jumpers such as Bayard d'Elle, Fidelio du Thot, Avec Espoir, and Apache d'Adriers. Double Espoir’s sire, Ibrahim, needs no introduction as one of the most influential foundation sires in breeding. His most famous son is Almé.

His dam, Pavlova des Marais was by Jalisco B who is considered as the "Sire of Sires". His products include Quidam de Revel, Papillon Rouge, Quito de Baussy, Epsom Gesmeray, Olisco, Dollar du Murier, Rochet M to name a few. 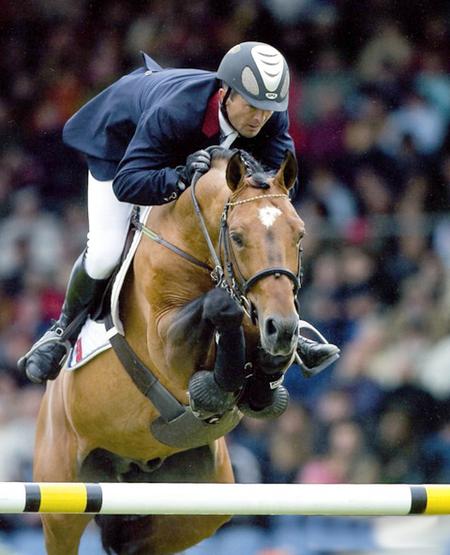 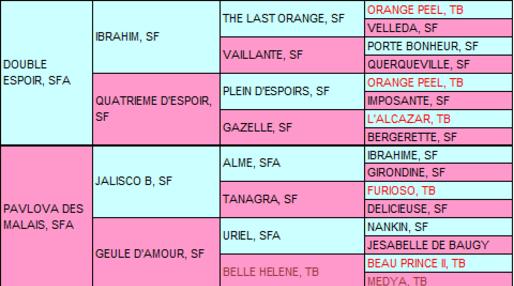 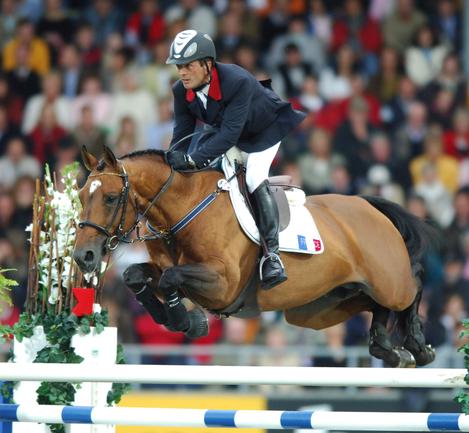 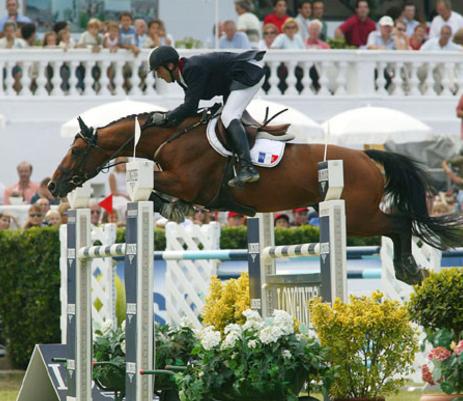 Back to SIRES
View on Mobile