Arnaud & Stéphanie have been waiting since 2017 to add this stallion to our line up. We are very happy to announce he will be, at last, available to the North American market for the 2021 season.

CHACCO ROUGE is a cross between the phenomenal #1 WBFSH Jumper sire CHACCO BLUE, 4yo in a row, and the Selle Francais stallion PAPILLON ROUGE, one of the best (may be the best) SF sire of dams.

CHACCO ROUGE is a modern and compact horse with a beautiful head, strong legs and a powerful hind end.

He has an innate talent over fences combined with an excellent mental.

He jumps with strength, suppleness and respect.

Side lined for a few years because of a crack to a hoof, the stallion is now back (2019) and keeps winning or being in the money each time he gets out!

His Dam, Impala Rouge, produced Neptuna de Bonneville, dam of Cartuna 3, several times winners in 1.50m shows for Spain but also Naxia de Bonneville, dam of City Boy, multi winner at 1.45m as well as Chateau Palmer successfully competing at 1.40m or Ceanna who is the dam of the stallion Sandro's Adel owned by Paul Schockemohle. 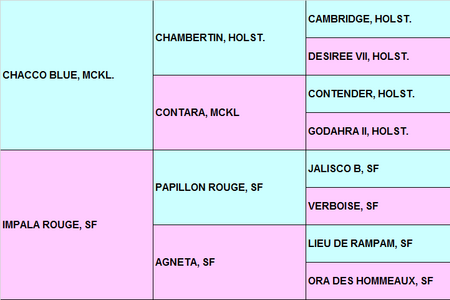 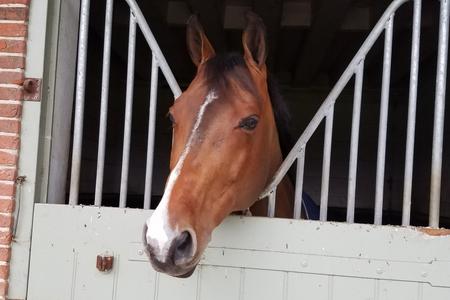 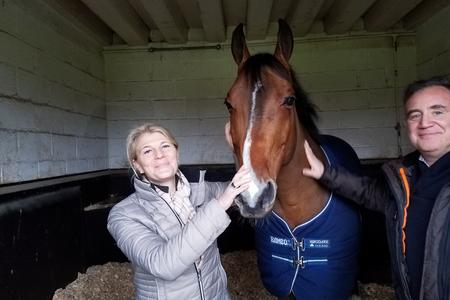 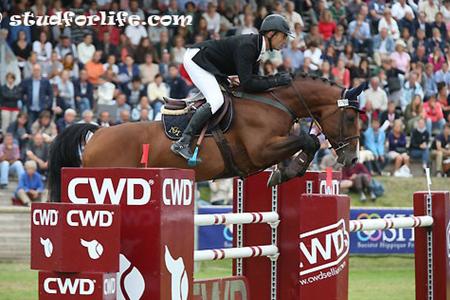 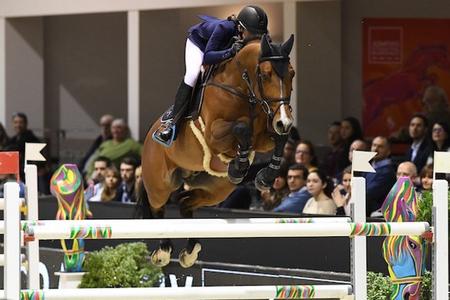 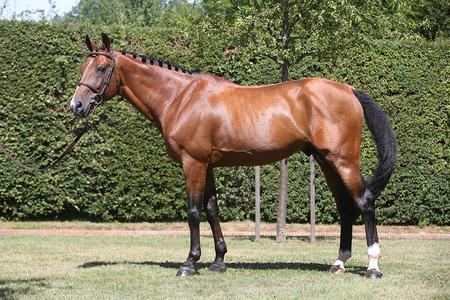 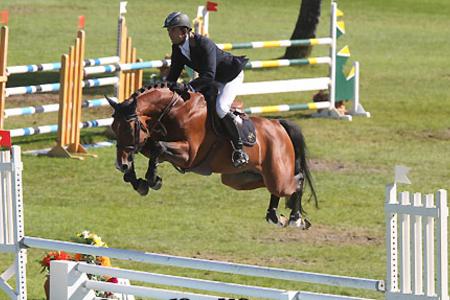 CHACCO ROUGE is a harmonious stallion, refined and modern but with a nice frame (not to thin). His jumps are very powerful, he is very supple and shows a lot of respect over the rail. He has an excellent temperament and will fit all kind of mares. Mares with a tighter back will be preferred.

TYPE OF MARE AND OFFPRING