Isadora boasts a World Class pedigree being an embryo transfer foal by Galoubet, out of Pinon Lily.  Isadora is a flashy chestnut, with plenty of substance, energy, and athleticism.  Isadora has proven to carry on the family tradition by demonstrating amazing scope, fantastic work ethic and athleticism over fences. She made her debut in 2002 and had placings at 4’6” at top venues in Canada and the US.   She was retired from competition after a stifle injury and is now ruling the broodmare herd at New Normandy Farm. Isadora’s father, Galoubet, ranked third on the WBFSH standings for 2000/2001.  Galoubet’s successful record as a show jumper is incomparable.  More importantly is the prepotency of which he passes his great talent to his get.  In Europe over 50% of his first two crops were Grand Prix jumpers and more than 20% were international jumpers.  Galoubet was either 1st or 2nd in 19 international Grand Prix and one of the most popular show jumpers of his time. He was also a gold medalist at the 1982 World championships. Some of Galoubet’s successful progeny include Baloubet du Rouet, who won three World Cup Final’s – Helsinki 1998, Gothenburg 1999, Las Vegas 2000, was a team bronze medalist at 2000 Olympics in Sydney and Silver Medalist at 2004 Athens Olympics. Quick Star, who is the sire of Big Star, Nick Skelton’s 2012 Olympic team gold medal partner, Quatoubet du Rouet, Touchdown, Caloubet du Rouet, Qredo de Paulstra, Qualoubet Rouge, Si Jolie II, Sieur des Salines, Caluma de Rhuy. Her mother, Pinon Lily (Fivelureugo) was a Grand Prix mare ridden internationally by Damian Gardiner.  Damian was the winner of numerous Grand Prix and represented Ireland in the 1996 Atlanta Olympics. He rode her to three grand Prix victories including the $50,000 Grand Prix at Denver, Spruce Meadows and Indio. 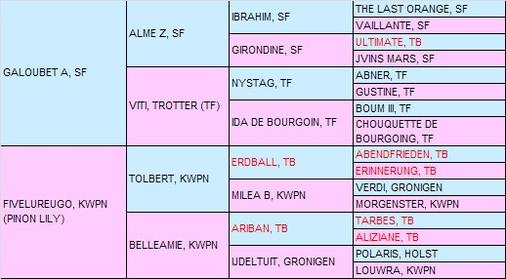 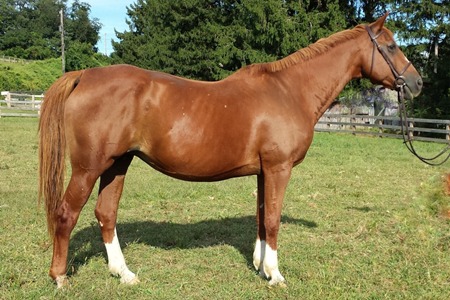 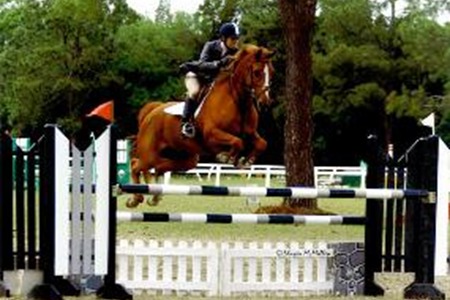 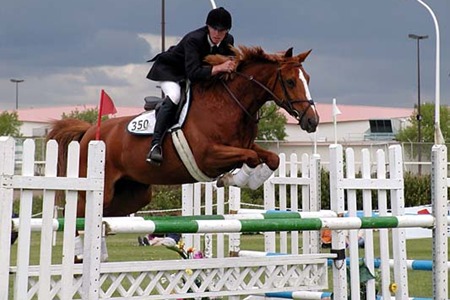